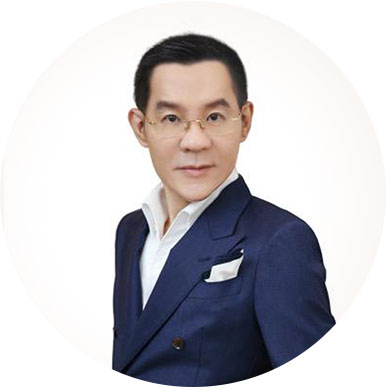 JC Lin is a successful businessman running an energy company with $20 million, alongside his property portfolio of $40 million. However, he didn’t always have his life together in perfect balance.

When he first plunged into the world of entrepreneurship, JC was faced with various challenges and had to invest all his time, energy, and effort into his career. Working endlessly from dawn to dusk, he spent all his time only thinking about making money. His hard work eventually paid off, with exploding success in his various businesses.

Appearing to be extremely successful to many on the outside, his state of being was a different hidden story. With barely any time for his family, he was missing out on the milestones of watching his kids grow and having quality time with his loved ones. Even the act of having a family dinner became more of a chore than a loving habit. At the same time, his health began to deteriorate, with him even being hit with a major health scare. Reflecting back on his monetary growth, he was unsatisfied as his goal of being wealthy was not met. Just like any other unhappy person in the world, he did as everyone did – blamed his fate and destiny for his lack of immense success.

That was when he realised that his life had to be transformed. By a complete twist of events, that was also when he discovered The Power of Numbers.

His Transformation with the Power of Numbers

Completely by accident, JC attends a course on the Power of Numbers hosted by Prof. Dr. Oliver Tan. Though unexpected, he learned more about how he could take control of his destiny and (Mis) fortune by harnessing the immense Power of Numbers in his life. Destiny was no longer an untouchable circumstance that would stop him from living his best life. JC was freed from the chains of being a slave to destiny and took charge of being the master of it with the use of basic principles of the Power of Numbers. As the months went by, people around him also noticed the change in JC and he wasn’t just feeling better about life, but he was doing better in all that he set himself out to do as well.

JC witnessed the improvement and transformation in his life that steered him towards his ideal life. This inspired him, giving him an unquenchable thirst to learn all he could about this life-changing“System” that has impacted him positively. He saved up and invested in a one-on-one class with Prof. Dr. Oliver Tan. Through this class, he learned all of Prof Dr.Oliver Tan’s knowledge and expertise in how to lead the best life.

“JC Lin is my only authorised and qualified facilitator
of The Power of Numbers in the world.”

Being ambitious, he didn’t just want to be a follower but to exemplify Prof Dr. Oliver Tan’s spirit and willpower for life. With a unique friendship blossoming, JC convinced Prof. Dr Oliver Tan to take him in as a personal mentee to unlock his full potential and knowledge of The Power of Numbers.

If you’re looking for the best way to live your life or to make positive changes to help you unlock life’s full potential, JC hopes that he can play a part in transforming your life.

“I hope one day to have the opportunity to teach you, either in person or online, the scientific miracles you can unlock in The Power of Numbers.

Live your life to the fullest.
JC Lin 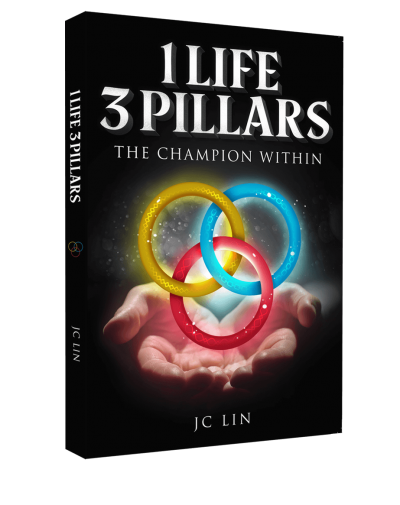 If you are ready and committed in making positive changes in your life,
this is the book you should not missed as it was my years of painful experience which I’d not want anyone to go through it and know exactly what to do instead of focusing and pursuing the wrong path as I went through.

This is an actionable book for you to take necessary action to have a more fulfilled life you truly deserved.